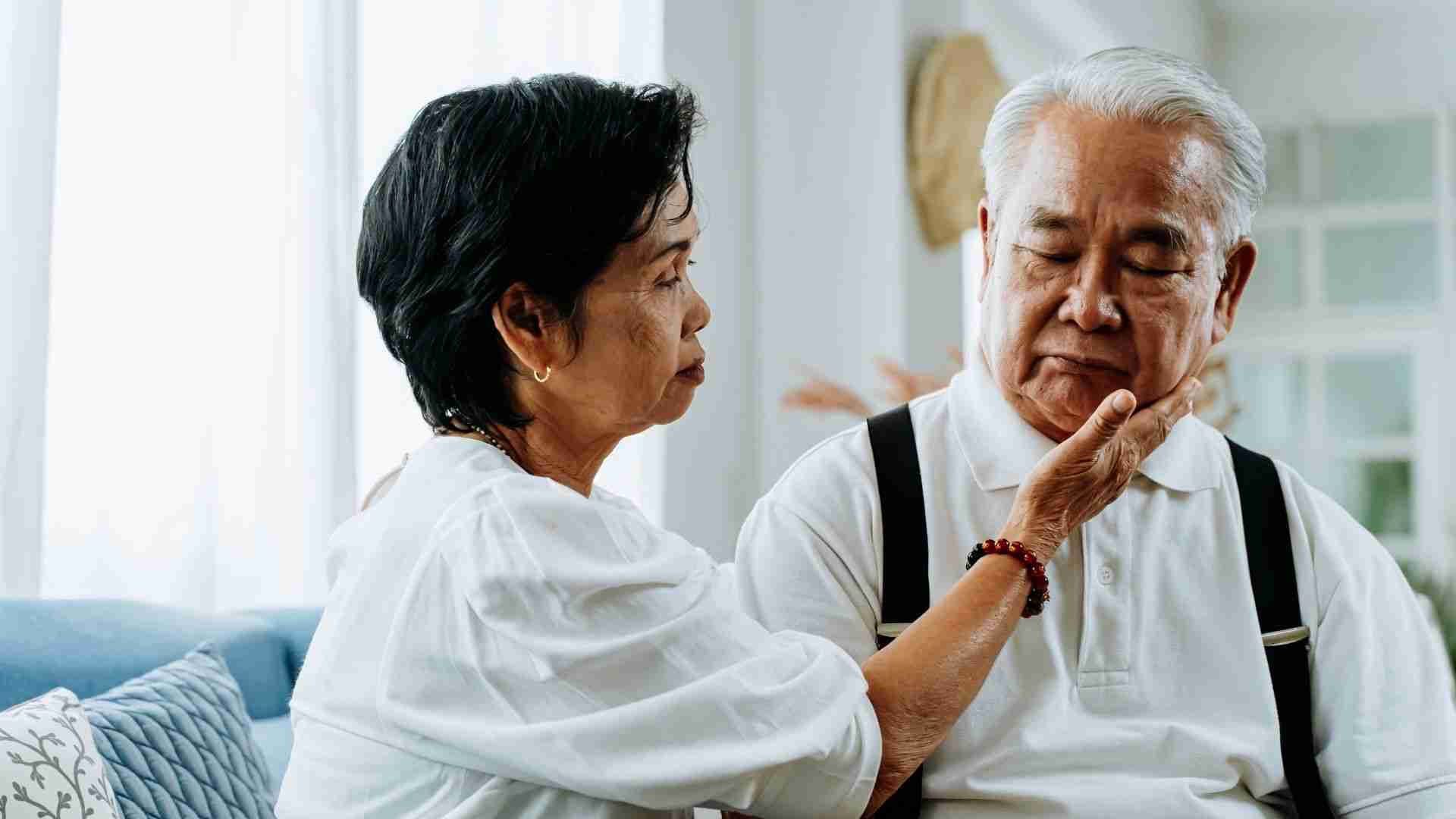 Are You at Risk for Grey Divorce?

Is hidden hurt or dissatisfaction festering in your marriage? Don’t let it lead to grey divorce! Here’s how to create healthy marriage relationship dynamics.

Deb and Don* were both in their early 60s when Deb informed Don that she didn’t want to have sex with him anymore.

This did not go over well with Don.

For decades, Deb had complied with Don’s way of having sex. Actually, she had complied with a whole lot of things, year in and year out. This wasn’t just about sex. Consequently, she woke up one morning and decided that she was done feeling invisible and voiceless in the relationship.

For a year, Don tried to reverse her decision without success. At first Deb couldn’t tell Don what she was unhappy about. But she began to find her voice in therapy and articulated how she felt. As he had done for decades, Don forcefully declared that how she was feeling and what she was doing were all wrong.

Thinking he could bring Deb around, Don moved out, announcing he would not live in a sexless marriage. Deb suddenly found herself enjoying the freedom of life on her own. “The children are out of the house”, she reasoned. “I’ve only got so many years left in this life. So I’d like to take a shot at being happy, and that won’t happen with Don.”

Who is at risk for grey divorce?

Could this happen to you and your spouse? You may be cruising along in what seems to be a stable, amicable partnership. But you may in fact have what affair-prevention expert Dave Carder calls a “windshield wiper” marriage — one in which you are both getting the job done but never interacting with each other. Or you may feel too busy and exhausted to address some hurt or dissatisfaction that is festering below the surface of polite but shallow conversation.

Because Deb and Don had ignored the sources of their conflict for so long, my job to help them heal their marriage was all that more difficult. Here’s what you need to know about creating healthy relationship dynamics in your marriage so that you don’t face a situation like Deb and Don’s.

Why do grey divorces occur?

In the past several years, you may have heard the phrase grey divorce. It refers to marriages ending among people age 50 and over. The divorce rate in this age group doubled between 1990 and 2015, according to a Pew Research Centre article that cites the National Centre for Health Statistics and the U.S. Census Bureau. Of these, 34% involved marriages of 30 or more years, and 12% occurred in marriages of longer than 40 years.

A number of reasons and contributing factors have been proposed for this trend. In my counselling office, I’ve heard variations on all of them. Understanding the reasons can help you identify areas in your own marriage that may need attention.

The first and foremost reason couples in their later years divorce is that they have, over time, become disconnected. This results from couples being busy with the daily stuff of life: children, careers, and other volunteer activities.

In all of these arenas, husband and wife can easily find themselves on parallel or diverging tracks. After the nest empties, they often look at each other and ask, “Who are you?”

Right on the heels of disconnection, and far more dangerous, is years of unresolved conflict, resentment and smouldering anger. Everyone has been too busy, distracted or exhausted to address these, let alone settle them. Doing so requires considerable focus, energy and courage. “Who are you?” can easily morph into “I really don’t like you, and I haven’t for quite a while.”

The third reason is that some people in this age group have a gnawing sense that the number of good years remaining is limited. Disgruntled spouses may say to themselves: I don’t want to spend the last 25 years of my life dissatisfied. And I can’t see myself happy in this marriage, and it’ll take way too much effort to unpack all of the baggage.

Three additional factors can also lower a couple’s commitment to staying together after decades of marriage:

Despite the temptation to ditch an unsatisfying marriage, divorce is not a ticket to happiness. Here are just a few of the reasons to rethink the decision to sign those divorce papers:

A grey divorce represents the end of a civilisation

Like it or not, there will be fallout. Your children, grown or otherwise, will definitely be affected. Their confidence in the idea of marriage will be shaken. Jen Abbas de Jong, who wrote Generation Ex: Adult children of divorce and the healing of our pain, explained it this way:

If you’ve almost completed your jigsaw puzzle so that there are only a few pieces left and someone comes in and turns the table over, tearing your puzzle apart, do you feel better or worse that the puzzle was almost finished? You feel worse, don’t you? … Part of the reason the divorce is so painful is that everything you were raised to believe about marriage — and perhaps used as the basis of your marriage — has changed.

Invariably, all family relationships get a lot more complicated. When Grandpa and Grandma split up, interacting with grandchildren is likely to be hindered, if not completely derailed. (This is especially true if your children blame one of you for the breakup and resent it.) Losing your relationship with one or more grandchildren is a big price to pay.

Additionally, relationships outside the family change, too. Spending time with friends with whom you socialised as a married couple is likely to become more awkward. Or the friendships will dissolve altogether.

Resources and assets (including your home) that have been hard-earned over decades of effort invariably take a hit, especially after paying the lawyers’ fees.

Get your relational priorities straight

Here are a number of action items that I prescribe for my clients to help them prevent their marriage from ending in divorce:

Deb and Don arrived at my office three months after their separation. Don told me several times why he thought Deb’s opinions were wrong. I was able to explain to Don how hurtful his domineering style was to Deb. For fear that they will divorce, Don is now going through the motions of listening to her — a big step for him. Deb may or may not respond to his overtures.

What about your marriage?

Don’t let your conflicts smoulder or erupt without figuring out how to deal with them. Instead, learn how to talk about core issues with compassion and respect.

Here’s some really good news: Just as a healthy lifestyle not only prevents disease but also helps you enjoy life to the fullest, so these various preventive measures can head off a divorce and help you cultivate a deeply satisfying marriage.

Check in with your spouse to avoid grey divorce

This process involves listening to your spouse without giving any negative feedback, advice or problem-solving (unless your partner specifically asks for it).

Accordingly, this is an intentional, weekly appointment that involves these questions:

*Names have been changed to protect identities.

© 2019 Teri Reisser. All rights reserved. Used with permission. Originally published in the Oct/Nov 2019 issue of Focus on the Family magazine.

Learning to stay focused on real love through the challenges life brings to a married couple is a commitment. Take our free Focus on Marriage Assessment to understand your relationship’s strength and growth areas to build in the different seasons of your marriage. 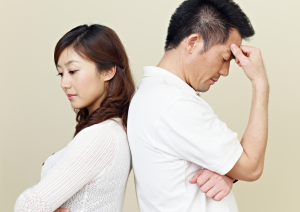 Coronavirus: How to Keep Your Family Finances Strong

COVID-19 is changing how we live, work and connect with others. We have great tips to help keep your family finances strong during these challenging times.

Couples who have a deep and shared faith at the centre of their marriage have more satisfying relationships and deeper intimacy.

Children express and receive love in different ways — some through acts of service; others through affirming words; still others through gifts, quality time or physical touch. Each of these expressions of love represents a different “language.” Discern the emotional needs of our children by understanding the five love languages. 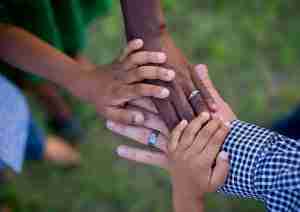 7 Ways to Improve Mental Health Within Your Family

Forgiveness Isn’t Fair, But it is Essential

Help your children live out the principles of grace and forgiveness, understanding how conflict looks when the relationship is regulated by humility and forgiveness.

Q&A: Our teen son is an alcoholic

Question: Our teenage son has a drinking problem; in fact, at this point, I’d call him a full-blown alcoholic. His behaviour is impacting everyone in

Q&A: Improving communication with my spouse

Question: My wife doesn’t communicate well with me. I work long hours and when I get home I want her to fill me in on

Question: I love my son and daughter-in-law, but I’m worried about their ten-month-old daughter’s health. The house is piled deep with trash, there’s mouldy food