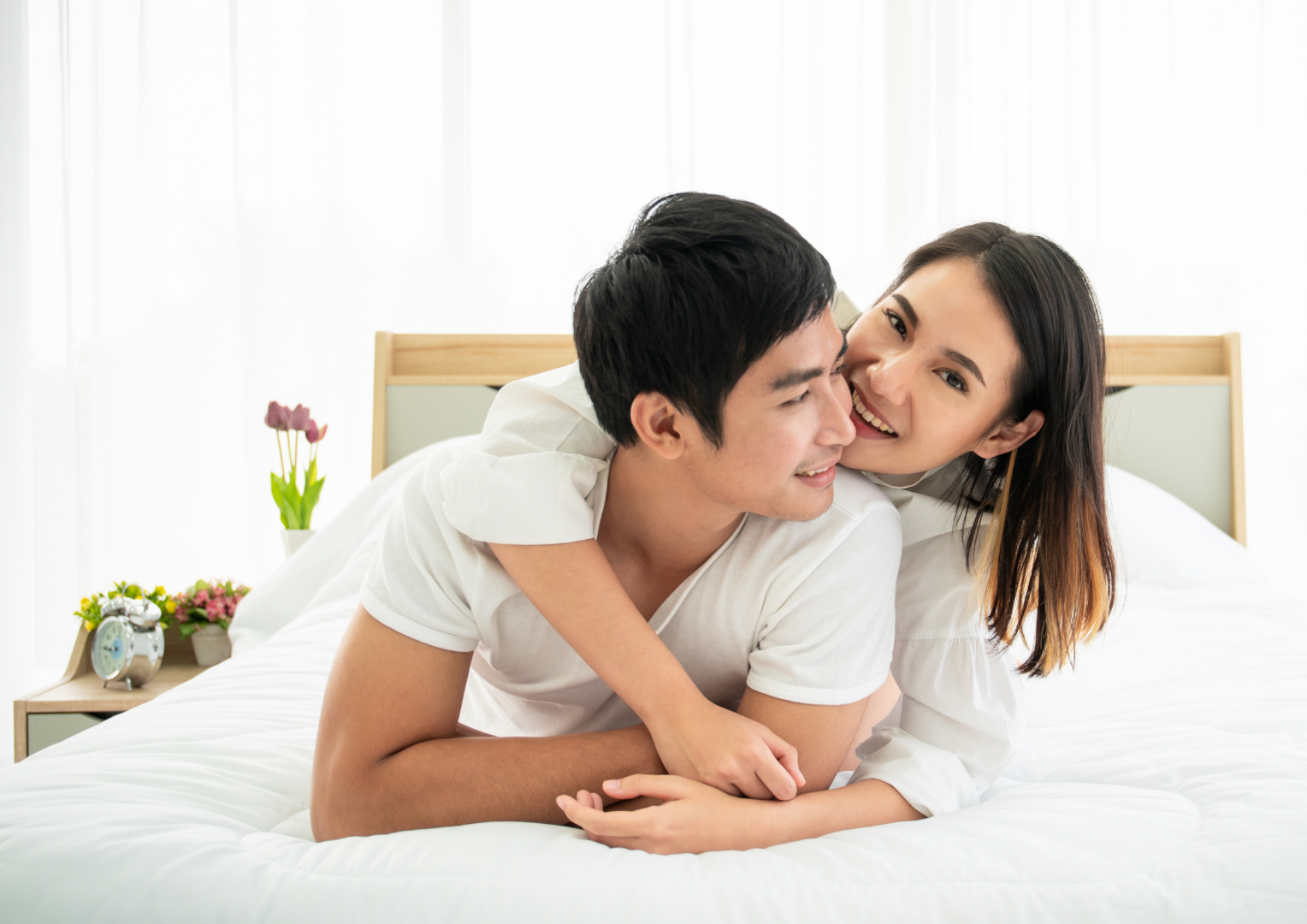 Sex brings two people together in the deepest, most profound intimacy possible.

Mutually satisfying physical intimacy involves the recognition that sex is one of the best, if not the best, gifts to a married couple. When experienced within the safety of marriage, sex is sheer heaven. Through it, husband and wife are able to experience the most profound intimacy possible. Thriving couples are willing to discuss what they like and dislike sexually and make adjustments to meet each other’s needs. Their intimacy is marked by affection and warmth, and they understand that developing a healthy sexual relationship is a lifelong process that requires adaptability and communication.

In a strong, healthy marriage, the spouses don’t regard sex as a “chore” or “obligation”. Instead, they see it as a delightful “dance” in which each spouse puts the other’s needs and interests ahead of his/her own and explores ways of giving sexually to the “other half”.

Related Content: Take our free Focus on Marriage Assessment to see where you rank in the area of intimacy.

Here are a few of the most important steps that define the basic choreography of this marvellous dance:

We begin with the assumption that sex and sexuality really do matter. They are fundamental to the whole meaning of the marital relationship. Sexual union is vital to the process of togetherness and is to be enjoyed to the fullest within marriage. Further, husband and wife are to guard their “marriage bed” by being faithful to each other. Sexual infidelity is an enormous betrayal to your spouse and is one of the most destructive forces in marriage.

In some subtle and not-so-subtle ways, our culture tries to persuade us that sex is most potent when most isolated from the rest of our day-to-day experience. We are led to believe that the most exciting encounters are those that take place outside the circle of the familiar and the mundane. Intimacy with your “old lady” or “old man” is assumed to be about as thrilling as a bowl of cold oatmeal. But, is it? The truth is that sex is all about knowing the other person inside out and in all kinds of contexts. Sex with your spouse actually embraces complete mutuality and total sharing in every area of life.

All these suggest that you have to prime the pump of passion by keeping full-fledged romance alive at the centre of your relationship. You can do this through date nights, candlelight dinners, and generous amounts of heart-to-heart conversation. This is a truth that our X-rated society rarely recognises and hardly ever acknowledges: the flames of truly enjoyable and meaningful sex derive their heat not from wanton sensuality but from the gentle, human touch of tender romantic love that is played out in your daily interactions.

Love your spouse as you love yourself – this is the real secret behind romantic love between the sexes and the physical bond in which it finds consummation. Charles Williams, a friend of C. S. Lewis and a member of the legendary Inklings, called it the mystery of “in-othering” or “co-inherence“. It’s the marvel of me in you and you in me. Williams’s term encapsulates perfectly how a love affair grows into a genuine marriage, and a genuine marriage is transformed into a way of the soul. Two bodies melding into one, two souls locked in a tight embrace.

Couples who build their relationship upon a foundation of true physical and emotional intimacy possess one of the most important predictors of marital success and longevity. These couples know what marital sex is for and what it means.

Keeping it in context

Deeply meaningful sex is a lot like a wedding cake. It’s something you build layer by layer. You start at the most basic level and work your way up. You initiate a connection in some small and simple way, then maintain it and elaborate on it as you move forward. The act of intercourse could be compared to the icing on the cake. It’s the finishing touch you put on a painting that you’ve laboured long and painstakingly to get “just right”.

This is what Dr. Kevin Leman had in mind when he chose the title “Sex Begins In The Kitchen” for his best-selling book on marital intimacy. He wasn’t attempting to conjure up lurid mental images of passionate embraces on the kitchen counter. Instead, he hoped to convey the idea that sex is actually an expression of the care a couple shows for each other in all areas of life – in communicating, in sharing thoughts and feelings, and even in helping out around the house. He suggested that what happens in the bedroom may actually represent the final link in a chain of events that began hours earlier when your fingers touched while washing the dishes together.

Spending money is easy and fun until you realise you’ve spent too much. Learn how to conquer your spending problem with 6 simple suggestions.

Your Chores or Mine?

It can get pretty frustrating when children refuse to do their chores. Heather Beers shares her brilliant idea to successfully convince children to get the chores done, improve their attitudes, and even check things off your to-do list, all at once.

Q&A: Showering with our toddler-age children

Question: When should my husband and I stop showering with our toddler-age children and changing clothes in front of them? Can you give us some

Q&A: Reinforcing intimacy after having children

Question: With two pre-schoolers in the house, it seems like my wife and I seldom connect anymore. She always talks about how tired she is

Question: Can you offer any insight as to why my 13-year-old daughter has become so contrary about everything? She often seems eager to distance herself

Q&A: Using humour in our home

Question: How can we use humour to promote a more cheerful and healthy atmosphere in our home? Answer: That’s a great question and one that

Question: Do you have any advice for a new mum who’s leaving a high-profile career to devote herself to parenting and managing a home full-time?