Dads Can Be Heroes to Their Children

Dads can take back the role they’ve been given and become a hero to their children.

When my children were little, I subconsciously communicated to my husband that as far as taking care of our three girls was concerned, I had it covered. Conversations about tough issues? Covered. Discipline when they were out of line? Covered. Confronting teenagers with wildly fluctuating hormones? Covered.

The problem was, I didn’t have it covered. My husband often knew better than I what they needed — and what they didn’t need. I dominated the parenting landscape because I believed, as many of my friends did, that that’s what mothers do. When I realised how I was bulldozing my family and their needs, I stepped back and worked hard to give their father his rightful place in their lives.

Every child needs a hero. A son needs a man he can imitate, and a daughter needs a man who will make her feel protected and secure. Who better to be that hero than Dad?

This role surprises many fathers because although they see themselves as strong, they often feel they orbit their families rather than occupy center stage. It’s time that we allow fathers back into their rightful role as heroes at the center stage of family life. We mums can make room for our husbands to parent. When you share your parenting responsibilities, he can become the hero your children need.

Heroes connect with their children

All children want a father to desire their company — to see what they’re drawing and draw with them, to ask them to run errands with him. Regardless of how old a child is, every son and daughter wants to know that they are someone special to their fathers. Time kicking a football, changing the oil in the car or playing Monopoly alongside a father gives a child a deep sense of value. Forget the expensive vacations or scheduled dates. Just play with your children. Show up and look them in the eye. Whether they are teens or toddlers, every child feels twice as important when their father pays close attention for a few hours a week.

Mothers can help husbands engage their children by saying things like, “I know play is healthy for our children, and I appreciate you taking the time to ride bikes with them.” Or if your husband is easily distracted, rather than saying, “Why don’t you ever turn that TV off?” Try, “Johnny loves it when you take him for errands on Saturdays; he beams when he comes home. You’re doing a great job.”

Heroes sacrifice for their children

When it comes to feeling loved, children have peculiar thoughts. They think that their mother has to love them but their father’s love is negotiable. Children desperately want a father’s love to feel more secure. If a child doesn’t get that loving attention, watch out. He or she will do whatever it takes to test him to see if he will step up to the plate. Children long to see if their father will sacrifice for them — will he stop what he’s doing, change course and give up something for them? If he is the dad the child needs, he will sacrifice money, time, hobbies and comfort to show his child love. Sacrificing for your children early in life is a great way to pre-empt the antics.

One of the best ways to encourage your husband to sacrifice for your children is to describe the effect it has on them. Saying something like this goes a long way: “When Johnny came home from camping with his friends, he was so thrilled that you went with them! I know you really wanted to golf instead, so thank you.”

Many fathers coach their children’s athletic ventures, which is great. But never mistake coaching for leading. Children need their dads to lead them. A coach tells a child what to do and points the way. A leader walks ahead of the child and shows how to behave, speak and feel. A coach encourages from the sidelines, but a leader walks onto the muddiest part of the field and cuts a path for the child to follow closely behind.

Children develop their identities, in part, by watching their fathers and imitating their behaviours. If a father speaks kindly, so will his child. If he criticises others, his child will criticise. Imitating parents happens seamlessly and automatically.

But children do something else in order to develop their identities. They study their father’s body language and speech for clues regarding what he thinks and feels about them. If a father conveys that the child is smart, capable and worth paying attention to, then the child feels smart. He becomes the person his father believes he is. If a daughter picks up clues that her father thinks she’s too fat, she may never feel thin. If, on the other hand, she gleans that her father believes she is strong and capable, the world won’t be able to stop her.

Mothers can help fathers be a good example by pointing out two things. First, show him how your child imitates him in a positive way. Instead of saying, “You’d better stop yelling — you’re teaching the children to yell!” you can say, “I was so proud to hear Johnny tell his sister he was sorry. I know he did it because he’s heard you do it.”

Second, help him understand how huge he is in your children’s eyes and let him know — with a proud tone to your voice — that you see them watching him.

Most parents understand one truth about raising children: The world is a tough and scary place to bring up children. But the world has always been that way. The question for every father is: Are you willing to accept your position? And the question for every mother is no less significant: Will you let him?

The Inner Lives Of Wives

Buried inside even the most secure woman is a latent insecurity about whether her man really loves her. Discover three eye-opening assumptions a loving husband can consider to better understand his wife and make her happy. 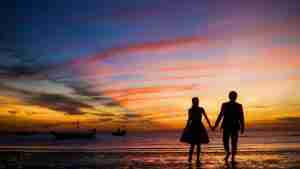 Restoring Trust After a Confession of Pornography Addiction

Healing a marriage after the damage of a pornography addiction is no simple matter. A healthy marriage requires deep commitment from both spouses. And to heal a broken marriage, both must take action. 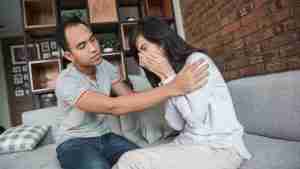 How does a parent recover and move on from the tragedy of their child committing suicide?

Intentionality in parenting means making a purposeful decision to spend time connecting with your children. Read how intentionality is one of the seven traits for effective parenting.

Question: Our daughter is married to a good, kind, giving man. We love them both very much, but most of the time my daughter is

Q&A: Celebrating my son on his birthday

Question: Our son is turning 10-years-old this month. Many of his friends have had super-extravagant birthday parties with some really pricey gifts. We’re not trying

Question: My marriage is in a rut. I do the same things for my wife over and over, like flowers on Valentine’s Day, more out