When a letter arrived from my daughter’s primary school, I immediately began to worry.

“I’m nervous,” I confided to my husband, Dennis. “We got this today.”

Dennis scanned the letter. “Why is the school sending information in June about a Science project due in September?”

“So the children can get started now, I guess,” I said. “I’m afraid Rebekah will procrastinate.”

“She probably will. And?”

“What if she doesn’t get it done?”

“Then she learns a great lesson about time management, responsibility, and consequences. Seems like a good deal to me.” Dennis grinned.

“Are you suggesting we let her fail?”

“Better she fails by her own effort — or lack of it — than to succeed by our nagging. We’ve taught her how to manage her time and how to break a project down into manageable pieces. Let’s give her a shot at this.”

I frowned. “I still think she should start sooner rather than later.”

“This is more serious than I thought,” Dennis mused. “We don’t have one problem. We have two.”

“Two?” I raised an eyebrow.

Dennis continued. “Problem No. 1: Rebekah is a regular child who would rather have fun than work. Problem No. 2: Rebekah will not grow out of problem No. 1 if we don’t let her try some things on her own.”

Saturday over breakfast, I told Rebekah about her project. “You can either collect insects or take pictures.”

“Great. You can get some neat pictures in the city at the family reunion.”

“Sure. Why don’t you take the digital camera?”

“Mom. It’s June. My project isn’t due until September.”

Dennis cleared his throat, giving me his “remember-our-conversation” look.

I sighed. “Yes, you can play with Mary.” Rebekah bolted from her chair. Letting go was going to be harder than I thought.

Rebekah needed a grand total of 30 insect pictures. At our July reunion, she netted seven. In August, a mom invited the class to gather insects or take pictures from her massive garden. Rebekah snapped seven photos of insects — and 13 of herself and her friends jumping in midair. She thought the day was a huge success. I nervously checked the calendar; she still needed 16 insects. Time was rushing past us. I bit my lip.

School started. Over the next several days, Rebekah studied, finished her homework and even told me, “My project is due in two weeks!”

But on Saturday morning, two days before her project was due, Rebekah was still only half done. She woke up and announced, “I want to have fun all day!” I breathed deeply, pouring another cup of coffee.

Dennis put his arm around my shoulders. “It’s hard, but you’re doing great.”

The night before the long-dreaded deadline, Rebekah finished her project. She took the rest of her photos, created her PowerPoint presentation and turned it in on time. If I had insisted on nagging her, I would never have known she was capable of completing this project on her own. She earned my respect.

Recognise The Value of Your Wife This Mother’s Day

Here are some ways to cherish your wife and to recognise her value. 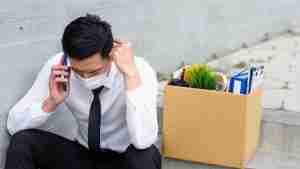 Delighting in Your Child

No matter how you express “I love you” to your children, it doesn’t mean much unless it reassures them that you really do. Delight in your child by choosing a new attitude today. 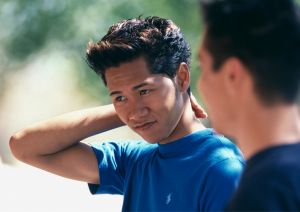 Q&A: Teaching Children To Be Independent

Teaching a child to be independent is a parent’s responsibility. Learn the steps to gradually instil independence in your children.

Q&A: Dating a girl with a negative influence

Question: My son is 17 and has been dating a girl from school for the last year. She is very negative and not a very

Question: As a first-time parent of a very bright child, I want to encourage her creativity as she grows up. Do you have any suggestions?

Question: Our preschooler recently walked in on us while we were having sex.  Should we be concerned this will have any negative long-term effects on