“Yeah,” he said, “but I’ll need petrol money.” This fledgling adult wanted to make his own decisions. However, the lingering child expected his father and me to finance his trip.

His words reflected the perspective of many teens who are caught up in the uncomfortable middle ground between childhood and adulthood. According to therapist Rebecca Dowden, this stage of development is called “individuation.” She says the details differ for every teen, but the common denominator is that they are all learning to view themselves as separate from their parents.

My son’s desire to be a carefree child while striking out on his own indicated that he didn’t understand his stage of life. Although he felt like an adult, he wasn’t one because the perks of adulthood carry responsibilities that he hadn’t yet assumed.

Yet he was no longer a child. He had a foot in both worlds but lived fully in neither world. I’ve started referring to this stage of my children’s lives as “Neither World,” a concept that I’ve since used to help guide my teens into seeing opposing perspectives: childhood whims versus adult responsibilities. I’m finding that it helps my teens recognise the consistency and logic of parental decision making.

Neither World is a concept that makes teens more aware of why they feel the way they do. Despite their adolescent desires for adulthood, they often find it hard to say goodbye to the unburdened life they’ve known. Their parents have shouldered the responsibilities of meeting their basic needs – food, clothing and housing.

Teens have been expected to follow house rules and respect parental authority. This includes the understanding that parents have the final decision regarding friends, activities and finances. But independence is a fact of a teen’s future, and the Neither World concept helps parents gradually and carefully expose their children to the adult world they’ll need to live in.

The teen years can be ambiguous for both parents and child, Dowden says. “If the child is restricted too much or given too much freedom, his individuation can be negatively affected.” For children to develop a healthy view of adulthood, they can’t be given too many adult perks without also shouldering adult responsibilities. If they are, their desire to step fully into adulthood can be stunted.

In my son’s road-trip scenario, we talked about his decision from a child’s perspective and from an adult’s perspective. He wanted to make the decision to take a road trip but did not have the funds to finance his trip. He wanted the perks of adulthood without the responsibility. To hand him money, as if he were a child, in order for him to fulfil his adult decision, would have been irresponsible.

So my husband and I pointed out which parts of his plan existed in childhood and which in adulthood. He couldn’t have the best of both worlds. We considered his personality, the friends who were going with him, the weather, hotels, finances, etc., in our effort to help him understand that a road-trip decision required weighing several factors.

Although all of those areas had to be reviewed, the financial side of the trip simplistically demonstrates how Neither World works. In this area, we asked our son to choose between financing the road trip himself or continuing to receive petrol money by not going on the road trip. Once everything was considered, he was given the parameters of each world and was asked to choose whether he would be a child or an adult in this situation. He chose not to go on the road trip. Neither World helped us strike a healthy balance between the dependent part of our son’s reality and his dream for independence.

As my son accepted his place in Neither World, on many occasions life didn’t seem fair to him. He observed his peers being allowed to make adult decisions while enjoying the carefree life of childhood. Some had access to unlimited funds and luxury items, along with vacations and activities they didn’t earn.

Pam Russom, president of Flyline Search Marketing, suggests that today’s teens already have a measure of freedom that past teen generations haven’t because of their mobile phone usage and Internet access. She says, “They can make decisions, judgments and purchases without your knowledge.” Unfortunately, teens seldom have the maturity or financial responsibility to match this illusion of being their own person in other areas of their life.

To balance peer and technological influences, my son and I talked honestly about the freedom his peers enjoyed, and we discussed the failure to launch stories of young adults who hadn’t been given Neither World boundaries. Because acceptance of adult responsibilities is not easy, teens often must be encouraged to examine how they make decisions. When parents use Neither World as a basis, teens are given the opportunity to make decisions that help them slowly move out of childhood and embrace adulthood.

A snapshot of Neither World

Here are a few of the day-to-day situations in which we’ve used Neither World to help my family come to decisions:

Curfew: As a child, my son was given a curfew time. But as an adult, he was allowed to call if plans changed, and time could be adjusted if we felt the change was valid. This small negotiation moved our son gradually into the adult arena where his decisions were based on consideration for others and for those his actions affected. But if curfew was missed without a negotiation, our teen was placed back into his childhood world and lost privileges – which meant his curfew was adjusted.

Car: My son was expected to keep RM 500 in a savings account if he wanted us to provide a car for his transportation needs. He was given the adult responsibility of having money available in case he wrecked the car. But at the same time, we treated him as a child and provided him with a vehicle, gave him a petrol budget and paid for the car’s insurance, maintenance and repairs.

Clothing choices: As my son took on the adult responsibility of buying his own clothes, he was allowed more freedom in his wardrobe selection. But at the same time, because his father and I were still training him in his moral development, he was not allowed to wear anything that violated the family’s standards.

The years when children are caught between two worlds don’t last forever, but allowing them to live adult life under the carefree banner of childhood often kills their desire for independence. Neither World establishes enough freedom, mingled with boundaries, to keep children aiming for total independence. In a person’s early teen years, decisions and negotiations often end up in the childhood arena. As the teen matures and demonstrates good decision-making skills, he is given more adult responsibilities. In this way, parents can walk alongside their teens, guiding them on their journey to adulthood.

As teens transition from childhood to adulthood, their responsibilities consist of:

As you help launch your teens into adulthood, your responsibilities consist of:

The first step to connecting well sexually is to do so verbally. Discuss 7 essential questions that will help you and your spouse satisfy your differing needs for intimacy in your marriage. 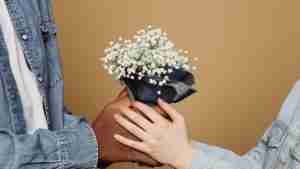 Question: My husband and I are trying to do regular date nights, but it seems like we always end up talking (even arguing) about problems

Q&A: Getting beyond power struggles

Q&A: Our son pushing us to anger

Question: Our young son is defiant and talks back. He won’t do his homework and refuses to clean his room. When we try to discuss