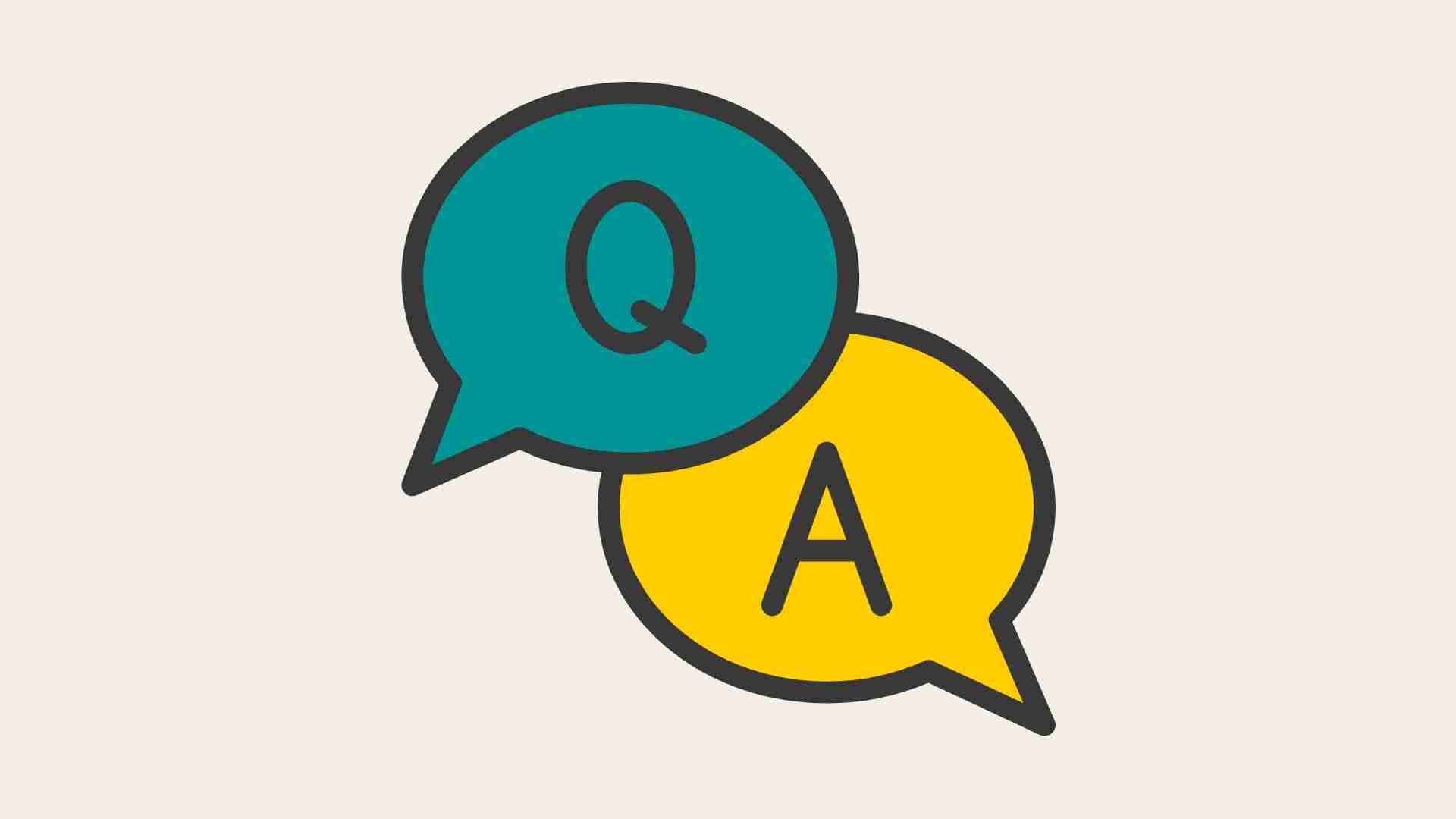 The Chinese have a saying that even the teeth would sometime bite the tongue. It is an apt saying to remind us that even in the closest and most loving of human relationships, in marriage there will be times when conflict does arise and call for resolution.

Misunderstanding is very often the source of a conflict arising. One spouse might perceive the other’s action or inaction or words as being very unreasonable and most inappropriate in a given circumstance. Parties are quick to take their positions and justify their stand rather than to try to seek to understand the other party.

Added to this problem of a misunderstanding that has given rise to a conflict is the pride within each one of us to refuse to say sorry and to put up a bold front and say that I am not going to swallow my pride and to seek for forgiveness or reconciliation. A cold war might go on for days before the conflict is resolved and in between, there is tension and much unhappiness.

Dr James Dobson, in his customary frankness tackles this delicate problem in a series of questions and answers set out below.

You have said every healthy married couple should learn how to fight. What do you mean by that?

Answer: What I have said is that people need to learn how to fight fair, because there is a big difference between healthy and unhealthy combat in marriage. In an unstable marriage, hostility is aimed at the partner, below the belt, with comments like “You never do anything right!” and “Why did I marry you in the first place?” and “You’re getting more like your mother every day!” These offensive remarks strike at the very heart of the spouse’s self-worth.

Healthy conflict, by contrast, is focused on the issues that cause disagreement. For example: “It upsets me when you don’t tell me you’re going to be late for dinner.” Or: “I was embarrassed when you made me look foolish at the party last night.”

Can you hear the difference in these two approaches? The first assaults the dignity of the partner while the second is addressed to the source of conflict. When couples learn this important distinction, they can work through their disagreements without wounding and insulting each other.

My wife and I sometimes get into fights when neither of us really wants to argue. I’m not even sure how it happens. We just find ourselves locking horns and then feeling bad about it later. Why can’t we get along even when we want to?

Answer: To answer the question, I would need to know more about the circumstances that set off the two of you. The best I can do is describe one of the most common sources of conflict between people who are committed to each other. I call it experiencing “differing assumptions.” Let me explain.

When husbands and wives engage one another in angry combat they often feel hurt, rejected, and assaulted by the other person. But when these battles are analysed objectively, we often see that neither side really meant to wound the other. The pain resulted not from intentional insults but from the natural consequences of seeing things from different angles.

For example, a man might assume that Saturday is his day to play golf or watch a game on television because he worked hard all week and deserves a day off. Who could blame him? But his wife might justifiably assume that he should take the children off her hands for a few hours because she’s been wiping runny noses and changing diapers all week long. She deserved a break today and expected him to give it to her. Again, it’s a pretty reasonable assumption. When these unique perspectives collide, about eight o’clock on Saturday morning, the sparks start to fly.

How can you avoid the stresses of differing assumptions at home? By making sure that you and your wife get no surprises. Most of us can cope with anything if we see it coming in time.

My wife and I love each other very much, but we’re going through a time of apathy. We just don’t feel close to each other. Is this normal, and is there a way to bring back the fire?

Answer: This happens sooner or later in every marriage. A man and woman just seem to lose the wind in their romantic sails for a period of time.

Their plight reminds me of seamen back in the days of wooden vessels. Sailors in that era had much to fear, including pirates, storms, and diseases. But their greatest fear was that the ship might encounter the Doldrums. The Doldrums was an area of the ocean near the equator characterised by calm and very light shifting winds. It could mean certain death for the entire crew. The ship’s food and water supply would be exhausted as they drifted for days, or even weeks, waiting for a breeze to put them back on course.

Well, marriages that were once exciting and loving can also get caught in the romantic doldrums, causing a slow and painful death to the relationship. Author Doug Fields, in his book Creative Romance, writes, “Dating and romancing your spouse can change those patterns, and it can be a lot of fun. There’s no quick fix to a stagnant marriage, of course, but you can lay aside the excuses and begin to date your sweetheart.” In fact, you might want to try thinking like a teenager again. Let me explain.

Recall for a moment the craziness of your dating days–the coy attitudes, the flirting, the fantasies, the chasing after the prize. As we moved from courtship into marriage, most of us felt we should grow up and leave the game playing behind. But we may not have matured as much as we’d like to think.

In some ways, our romantic relationships will always bear some characteristic of adolescent sexuality. Adults still love the thrill of the chase, the lure of the unattainable, excitement of the new and boredom with the old. Immature impulses are controlled and minimised in a committed relationship, of course, but they never fully disappear.

This could help you keep vitality in your marriage. When things have grown stale between you and your spouse, maybe you should remember some old tricks. How about breakfast in bed? A kiss in the rain? Or re-reading those old love letters together? A night in a nearby hotel? A phone call in the middle of the day? A long-stem red rose and a love note? There are dozens of ways to fill the sails with wind once more.

If it all sounds a little immature to act like a teenager again, just keep this in mind: In the best marriages, the chase is never really over.

You have said that the natural progression of a marriage is to become more distant rather than more intimate. Why is that true?

Answer: The natural tendency of everything in the universe is to move from order to disorder. If you buy a new car, it will steadily deteriorate from the day you drive it home. Your body is slowly aging. Your house has to be repainted and repaired every few summers. A business that is not managed carefully will unravel and collapse. A brick that is placed on a vacant lot and left there long enough will eventually turn to dust. Indeed, even the sun and all the stars are slowly burning themselves out. We are, in a manner of speaking, in a dying universe where everything that is not specifically being protected and upgraded is in a downward spiral.

The principle that governs this drift from order to disorder might be called “the law of disintegration.” (Engineers and scientists sometimes call it “the law of entropy.”) The only way to postpone or temporarily combat its influence is to invest creative energy and intelligent design into that which is to be preserved.

Not so surprisingly, human relationships also conform to the principle of disintegration. The natural tendency is for husbands and wives to drift away from each other unless they work at staying together. To provide another analogy, it is as though they were sitting in separate rowboats on a choppy lake. If they don’t paddle vigorously to stay in the same neighborhood, one will drift to the north of the lake and the other to the south. That is exactly what happens when marital partners get too busy or distracted to maintain their love. If they don’t take the time for romantic activities and experiences that draw them together, something precious begins to slip away. It doesn’t have to be that way, of course, but the currents of life will separate them unless efforts are made to remain together.

I wish every newly married couple knew about the law of disintegration and actively protected their relationship from it.

This article was written by Focus on the Family Malaysia and the Questions and Answers are extracted from Complete Family and Marriage Home Reference Guide with permission.

Q&A: Love Must Be ToughNext

Talking With Children About the Coronavirus

What You Do As a Mum Matters

You’ve got this, Mum! Remember, what you’re doing is important, even when you feel like a failure.

All marriages go through ups and downs. There are times when a couple needs to deliberately rekindle the flame of romantic love to bring the zest and excitement to their relationship.

Question: My wife just got a new job with a substantially better salary, and I received a significant promotion. We’re empty-nesters and want to handle

Question: My preteen daughter has developed a real talent and love for dancing. We signed her up for classes six months ago and she’s having