“… it was also the first time in years that I had a proper conversation with my dad that lasted more than a handful of minutes.”

Six years ago, I would have laughed at the notion that my family could ever be a source of encouragement. The cracks in my family were deep and seemingly irreparable. I was practically estranged from my parents and my only brother, Nicholas, who is four years older.

From as young as when I was eight, I felt isolated from my parents and felt that they showed strong favoritism towards my brother. My mother sat down with him each day to help him with schoolwork and revision while my dad constantly documented every little thing he did. It seemed like they did nothing for me, and I felt wronged and neglected.

In my eyes, Nicholas was the golden child of the family and I did all I could to match up to his successes. Even when I surpassed him in something, I wasn’t satisfied and never felt good enough. It wasn’t until I was 11 that I found out why my parents paid him extra attention – he was “different,” a late bloomer. By this time, the damage had been done as I had spent years allowing my identity to be tied to my brother’s. I was bitter, resentful and insecure. I avoided my parents and hardly spoke to them.

The first Focus on the Family Malaysia (FOFM) event I attended was the one-day Mother & Daughter Connection in 2010. I felt forced to go, and my relationship with my mother was so far gone that the event made no impact. However, thanks to my persevering parents, I found myself at another Mother & Daughter Connection event in 2011, but this time it was a ‘camping edition’. I was stuck with my mother for two days and one night, and that was when we had a breakthrough. As we readied ourselves to leave the camp, I finally blurted out to my mother that I felt neglected. This momentary outburst gave my mother insight into how I felt and allowed us to slowly draw closer to each other.

In 2014, I attended FOFM’s Father & Daughter Banquet… My father and I had a very strained relationship that was far worse than my relationship with my mother, and that made the dinner a tad bit awkward. But it was also the first time in years that I had a proper conversation with my dad that lasted more than a handful of minutes. From then on, my relationship with both my parents slowly improved although there were occasional flare-ups and bouts of resentment.

Today, my parents and I talk about anything and everything. They know nearly everything there is to know about my social life and my thoughts on the world around me. I may not agree with their opinions most of the time, but my parents and I have learned to communicate and understand one another better. While my relationship with my parents is a continuous work in progress, my family has come a long way from what it was in the past.

*not her real name

Want to create meaningful moments with your family? View our upcoming programmes on our Calendar of Events! 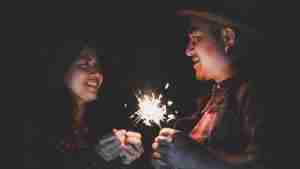 Setting Goals Together for the New Year

Do you want to draw closer as a couple in the new year? Try sharing and then setting your goals for the next 12 months together. 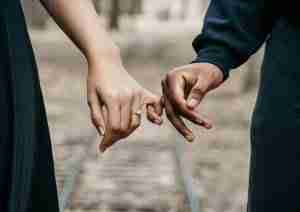 All marriages go through ups and downs. There are times when a couple needs to deliberately rekindle the flame of romantic love to bring the zest and excitement to their relationship.

Q&A: Getting my husband to talk

Question: Do you have any advice on how I can get my husband to talk with me? He has plenty to say around his friends,

Question: My son just started secondary school, and he’s hearing all sorts of new [to us] music that his friends and peers have on their