Coping With Suicide in Families

When a person dies by suicide, the family and friends who survive them must find ways to cope and continue to honour their life.

Suicide is a word we shy away from talking about in our society.  When someone brings up mental health and suicide, many refuse to discuss it or feel the topic is taboo. This tendency can make coping with suicide even more difficult for families.

We must admit that we didn’t have appropriate words to say to families we knew who lost someone to suicide until our son, Caleb, took his own life in August of 2020.

We have since learned that over 800,000 persons take their own lives in the world each year.

That is one life lost every 40 seconds.

One thing is evident to us after doing extensive reading about this topic: There is almost always underlying emotional and mental illness. These issues include depression, anxiety, schizophrenia, bipolar disorder, and other diagnoses.

That is why many experts believe a person who takes his or her own life is dealing with temporary insanity. Instead of saying the person committed suicide, it is more accurate to say they suffered death by suicide.

Most of us have had to deal with trauma, illness, despair, financial loss, and injury. We develop strategies to compensate and hopefully overcome the stress those things cause.

However, some people have underlying emotional illnesses and don’t have the ability to cope and compensate for those stresses in healthy ways. The rejection, abandonment, and neglect they feel cause them to reach a tipping point where they think life is no longer worth living. They not only believe they would be better off, but that those left behind would be better off as well.

Many persons who deal with these disorders cover them up very well.  That is why it is essential to look for underlying root issues that cause people to act and react in specific ways.  We may have no idea what their story of origin and background is, what burdens they are carrying, or what their lives are like every day. Their physical demeanour may be apparent, but we have no idea what is going on in the recesses of their mind. We may have no idea that mental or emotional illness may be present but not yet diagnosed or treated.

We have had people who we are sure were well-meaning, saying “You surely noticed that Caleb was acting differently and was on the verge of suicide.”

They aren’t aware of the hours we poured into him talking, sharing, encouraging, attempting to build up his self-esteem, and trying to help him understand that his life mattered and that he had something to offer to his family and society.

We recognised his talents and abilities and often talked with him about how he could use them to help others.

Our son dealt with depression and came to a place where he believed he could no longer overcome the rejection and abandonment he felt from those around him. Despite all of our positive input, he felt he didn’t measure up to the standards others set for him. Even the day before his death, we talked with him separately, and we failed to notice any indicators of pending disaster.

What Could I Have Done?

In retrospect, we feel that he didn’t want us to say or do anything that would change his mind and intent. That is not uncommon at all for the families of those who take their own lives.  Many families are aware of underlying dysfunction but indicate they weren’t aware of how serious the problems were. The question of what I could have done is frequent, and the answer is probably, “Nothing.” Aside from being with that person 24/7, it is unlikely anything could have prevented the act. Recognising this can be an important step in coping with suicide.

Coping With Suicide and Moving Forward

There is often a sense of embarrassment among the families and friends of those who commit suicide. If a relative died from cancer, cardiac disease, renal disease, diabetes, or another chronic illness, there would be remorse and regret, but not shame or embarrassment. Suicide should be no different. We should not minimise the importance of their life because we don’t understand the means of death.

We have used this tragedy as an opportunity to reach out to other families who have dealt with the same process.  Several families have reached out to us for support and guidance.  Our ability to help would not have happened if we had shrouded Caleb’s death in secrecy and denial.  We will never forget him and continue to memorialise his life because he was, and always will be, a part of our lives.

If you are dealing with the loss of a loved one or need to talk to someone about mental health and suicide, reach a counsellor at 03-3310 0792 or email support@family.org.my 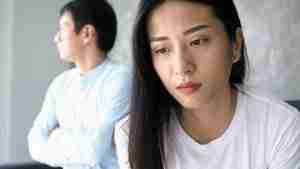 The New Year is here! You know what that means. Time to face your financial woes and set new financial goals. Fret not! Here are 6 easy steps to help you be intentional and proactive in developing a workable budget plan.

Stress and Conflict – Together We Can Overcome

For a marriage to be well connected and moving forward, the couple must recognise that they are a team. 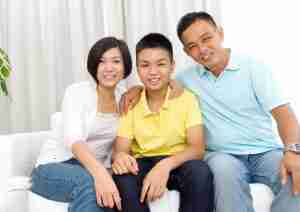 Question: My husband recently lost his job. I’m still working and we aren’t destitute, but it’s obviously tough on the whole family. Is there anything

Question: I’ve been dating a woman for over 2 years. I love her and want a serious relationship. She says she loves me too, but

Question: I’ve been hearing about the potential impact of electronic media on health, learning, and interpersonal relationships. Should I be concerned? If so, should it