Q&A: Infidelity In A Husband

Though infidelity may occur at any time in a marriage, there are three stages where it is most likely to happen. The first stage is during the first year, when romance is replaced by the imposing responsibilities of being a husband.

About five years after the wedding, when the “newness” of marriage has worn off is another stage. Then comes the mid-life stage when fears that “his life is over” or that “he is missing out on something exciting,” and the need to boost his ego, may propel a man into an affair.

Often affairs are not planned. An innocent relationship such as that between a woman and her best friend’s husband can develop into an affair. Close and frequent contacts could be one of the reasons.

Overestimating their ability to resist temptation is another. Can a man be happy when he finds himself inextricably involved in such an extramarital relationship? He will have some struggles for sure. What can the wife do to help him come back to her?

A husband may seek comfort and excitement in the arms of another woman when marriage has gone stale for him. Is divorce a good solution in such a situation? Should one stick to the marriage just for the sake of the children?

Considering the impact of a broken home on children, I think every effort should be made to save or revive the marriage, for the sake of the husband and wife as well as the children. There is a very high emotional cost to all members of a family when a marriage breaks up.

The Chinese character for peace depicts a “roof with a woman underneath.” There is a lot of wisdom in it. Let’s take heed that one woman under one roof is peace. More than one woman under the same roof spells troubles.

Do you feel that there is a kind of “blindness” that can occur when a victim of an affair denies the truth? I seem to experience this when my husband was fooling around with my best friend. The affair went on for two years before I could acknowledge it to myself. But why would I deny the truth? Why do victims “choose” to be blind?

Answer: That psychological process is called denial, and it is designed to protect the mind from an unacceptable thought or reality. Once a person admits to him or herself that a beloved spouse has been unfaithful, then he or she is obligated to deal with that circumstance.

The extremely painful experience of grief, anxiety and insomnia becomes inevitable once the truth has been faced. Furthermore, the injured person fears that a confrontation with the unfaithful partner might drive the spouse into the arms of the new lover.

Given these concerns, the person consciously or unconsciously chooses not to notice the affair in the hope that it will blow over and be forgotten. Obviously, there is ample motivation for a vulnerable person to deny what the eyes are seeing.

When the evidence of unfaithfulness becomes overwhelming, a man or woman will sometimes “ask” the guilty spouse to assist with the denial. This is done by making accusations in the hope of being proven wrong. For example, a wife will say, “Are you and Donna seeing one another?”

“No, I have told a thousand times that nothing is going on,” he lies.

“I had car trouble. Now, will you get off my back?”

This wife knows her husband’s story is phony, but she continually asks him to lie to her. And interestingly, she does not feel obligated to “blow the whistle” on him until he admits his involvement … which may never happen. These tacit agreements help her maintain the illusion that all is well and provide a permissive environment in which the husband can play around.

Denial has many applications and uses in the human experience. It will permit a woman to ignore a suspicious lump in her breast or the drugs in her son’s bedroom or the debt that the family is accumulating. Through this process, the mind is protected for a time, but it often permits even greater disaster to gain a foothold in our lives.

Several months ago my husband announced that he was leaving me for another woman. Since then, he has been seeing her regularly, but he hasn’t left home and seems to be in a state of confusion. He’s lost fifteen pounds and just looks terrible. What do you think is going on in his mind? He won’t talk to me about his feelings, and he becomes angry when I ask him questions.

Answer: It is likely that your husband is experiencing intense guilt and conflict that often accompany a selfish and sinful act such as infidelity. There is a little voice that eats into us at such moments, although some of us have learned to block this. Even when we ignore its condemnation, the conscience continues to prick us and will not permit gross violations of moral laws without a struggle.

It is not uncommon for a person in this situation to experience a kind of internal war that can only be resolved in one of three ways:

People in the third category, which may include your husband, can be some of the most miserable men and women on the face of the earth. Their behaviour has contradicted their personal code of ethics, and all attempts to reconcile the two have been futile.

Stated another way, these individuals are in a conflict situation with their conscience. Not only psychological disorders but also physical illnesses can result from such disharmony! A person who is going through his internal conflict often experiences depression, weight loss, sleepless nights, nail-biting, etc. The ordeal is extremely uncomfortable to the sensitive individual.

If we are right about your husband’s frame of mind, you can expect him to commit himself very quickly either to you or to the other woman. It is simply too painful to remain in suspended animation between good and evil. We would advise you to seek professional counsel as to whether this is the proper moment to require your husband to make his choice. With the few facts I have been given, I would lean in that direction.

My marriage to my wife has been a very unsatisfying thing for me. I would divorce her if it were not for my concern for our three children. What does the research say about the impact of divorce on children?

Answer: It’s now known that emotional development in children is directly related to the presence of warm, nurturing, sustained, and continuous interaction with both parents. Anything that interferes with the vital relationship with either mother or father can have lasting consequences for the child.

One landmark study revealed that 90 per cent of children from divorced homes suffered from an acute sense of shock when the separation occurred, including profound grieving and irrational fears. 50 per cent reported feeling rejected and abandoned, and indeed, half of the fathers never came to see their children three years after the divorce.

One-third of the boys and girls feared being abandoned by the remaining parent, and 66 per cent experienced a yearning for the absent parent with an intensity that researchers described as overwhelming. Most significant, 37 per cent of the children were even more unhappy and dissatisfied five years after the divorce than they had been at eighteen months after. In other words, time did not heal their wounds.

That’s the real meaning of divorce. It is certainly what I think about, with righteous indignation, when I see infidelity and marital deceit portrayed on the media as some kind of exciting game for two.

The bottom line is that you are right to consider the welfare of your children in deciding whether or not to seek a divorce. As empty as the marital relationship continues to be for you, it is likely, from what I choose to stick it out. 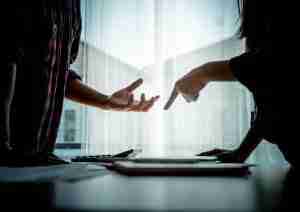 How to Manage Conflict During the Coronavirus

It’s never easy to manage conflict in a marriage. The coronavirus has added even more challenges. Learn how to work through the conflict.

Warning Signs Of An Affair

Can you recognise the symptoms of a troubled marriage? Most extramarital affairs do not start out with the candid revelations, but there are certainly overt factors that can lead to marital unfaithfulness. 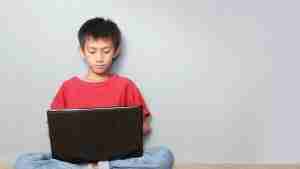 No healthy parent wants to think about his child viewing pornography, but it often happens. Read more to equip yourself to navigate through this season of their lives.

Q&A: Marrying a guy who struggles with pornography

Question: Should I marry a man who has a problem with pornography? We’ve been dating for some time and recently began talking about marriage. He’s

Q&A: Having to wait until we graduate to get married

Question: My girlfriend and I – both first years in college – have been dating about five months. We want to marry within two years,

Q&A: Teaching discernment or making it a rule

Question: How do we establish workable media standards for our teenagers? I understand the importance of teaching thoughtful discernment, but sometimes I feel the need